Concept and complements of numbers from 1 to 100
The starting stage is used for the youngest students. The goal of this preparation stage is to introduce the youngest participants to the notion of number and learn the laws applicable to numbers 1 to 100 (number complementarity). In this period, children still do not use abacus, but a classical school calculating device that has 10 arrays and every array has 10 beads.

The use of soroban (abacus)

The abacus stage takes place at the initial levels, where the use of a special Japanese calculating device – Soroban (算盤, abacus) is taught. After mastering the display of numbers, children learn to perform computational operations by moving abacus beads (addition, subtraction, multiplication, and division).

At this stage, the focus of learning is on fine motoring and sensory stimuli (touch, sight and hearing). Learning abacus, children activate their senses, because in time they begin to visualize beads that they see (visually), following the teacher’s words (listening) to take a concrete action and moving the beads of the abacus (touch) to the correct answer. During the described procedure, the intense brain process is performed. The children’s fingers are constantly on the move, touching the abacus beads, tactile stimuli acting in the brain are activating, actively increasing the number of neuronal connections (synapses). Computational operations are performed with both fingers, which activate both (left and right) brain hemisphere, which leads to an increase in the cognitive capacity of children. That’s why it can rightly be said that logical operations on the abacus represent true brain gymnastics, something like squats or push-ups for the brain!

This stage of mental arithmetic  (暗算, japan. Anzan) begins at higher levels, on which children learn to count, imagining the abacus in their head. It ceases with the physical use of abacus, as the children visualize the beads and computational operations. With this calculating, children continue to move their fingers as if they are still working on the abacus. In this stage, special “computer skills” (multitasking)  are mastered, that is, the right hemisphere of the brain is being used, responsible for imagination, photographic memory and creativity. These complicated cerebral actions of children are performed through play, fun tasks and relaxation. Developing cognitive abilities in the earliest optimal period of life, the child provides for himself a better quality of life, and is efficiently prepared for the upcoming most demanding business and emotional challenges. 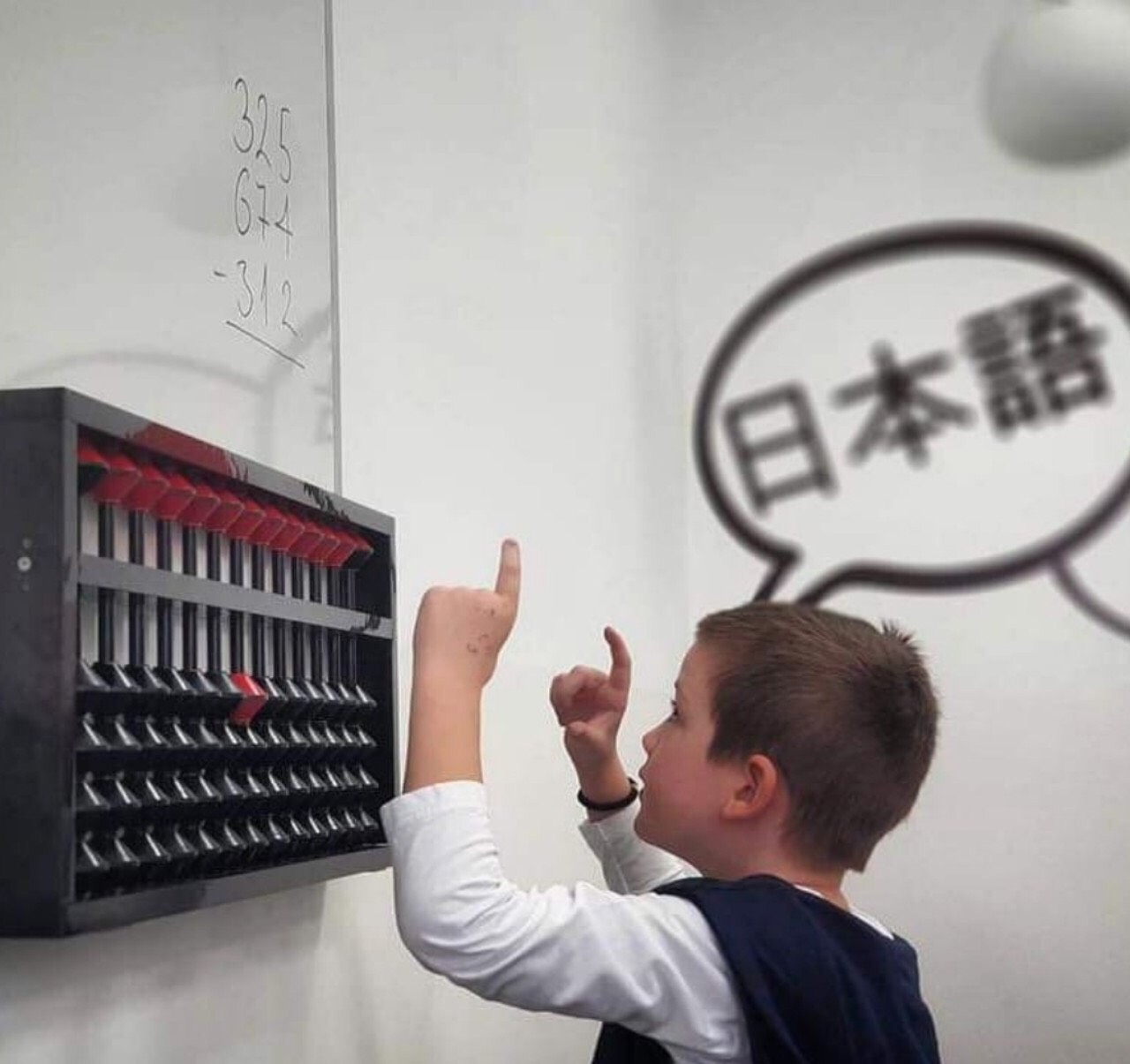